The hot weather brought out the crowds all over the town. England’s recent progress in the World Cup seemed to add a touch of euphoria-in-the-sun, even for non football fans.

We took the dog for a walk and within half-an-hour we were tapping our feet to the Cinderford Town brass band performing at the Wye Street bandstand. I think if Michael Jackson descended from the sky he’d have approved the band’s rendition of ‘Thriller’.

Loads of cars were parked and the riverside crammed with picnic lovers, sunbathers, and music lovers. Strolling along to Wilton Bridge, an Oasis soundalike was belting out ‘Don’t Look Back In Anger’ from the White Lion pub over the river. Oasis followed us as we let the dog have a swim and then headed down towards the cricket ground.

The annual Country Music Festival has grown and grown year by year.with camper vans parked mudguard to mudguard and country music fans line dancing with utter commitment amid the cowboy hats and boots, We were worried a little as Oasis was still echoing across river but as we entered the main arena the band weighed in with ‘Hey Good Lookin” and Oasis was forgotten.

With the Linton festival almost upon us and a host of gigs all over the town and surrounding areas, Ross-on-Wye truly is a musical town down by the riverside.

All we need now is for someone to start a proper folk club and I might be persuaded to get my guitar out and bring back my glory days. 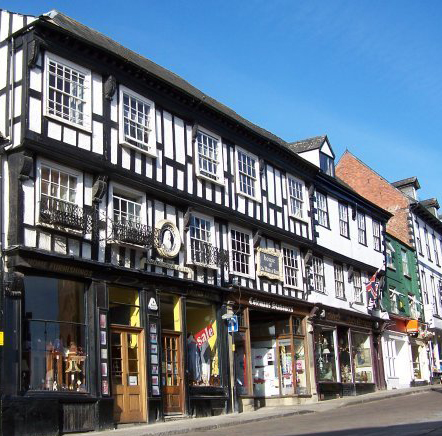 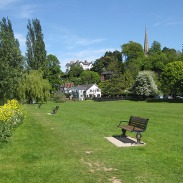 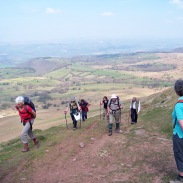 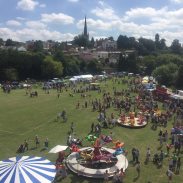 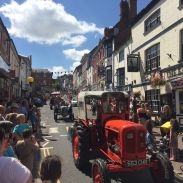 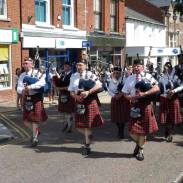 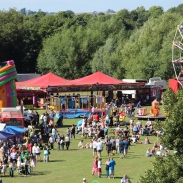 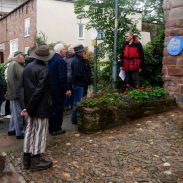 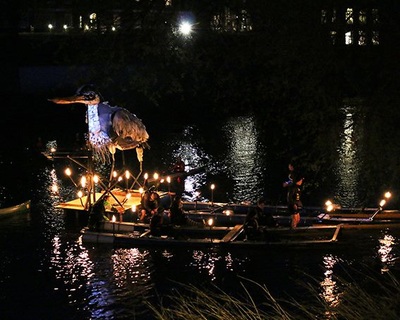 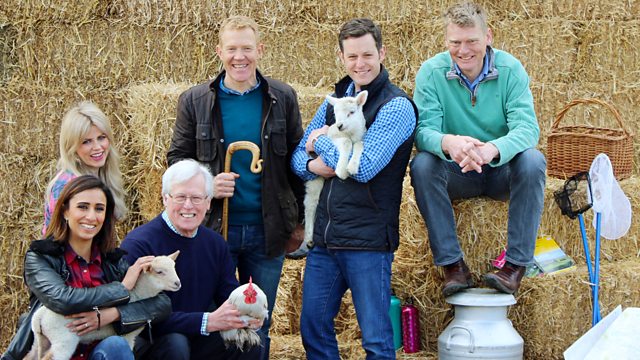